At ICEWOOD Ancient Kauri, we cherish the unique Ancient Kauri / Swamp Kauri every step of the way. We craft this buried treasure into modern sophisticated furniture. Ancient Kauri / Swamp Kauri dining table, Kauri coffee table, Kauri furniture, Kauri Sculptures, and more. Each piece is distinctive with the structure and grain creating an unparalleled piece of beautiful furniture. Inspired by Mother Earth, each furniture piece retains the natural shape, grain and character of the original kauri tree when it was buried in last Ice Age. 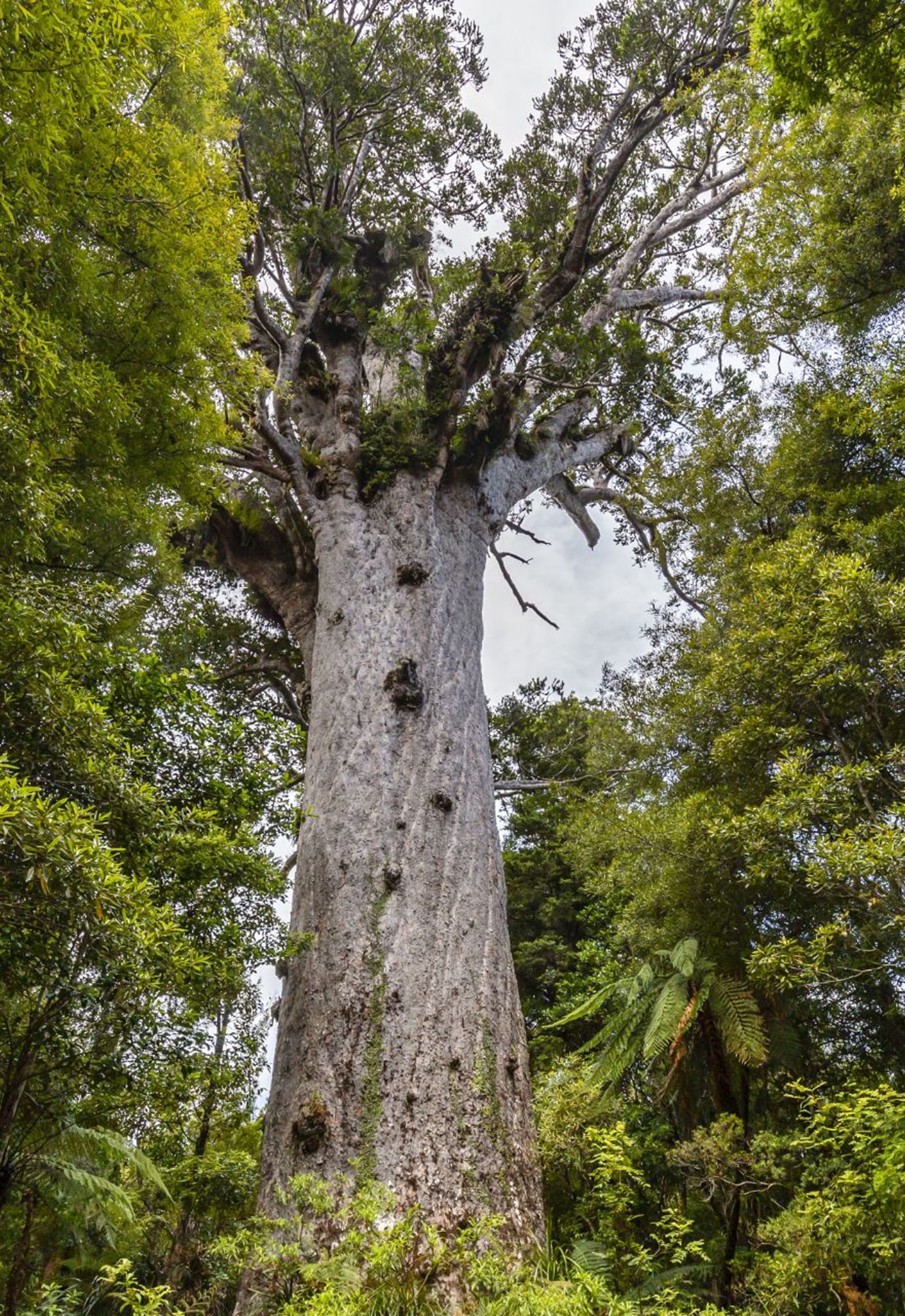 King of the Forest

Kauri are among the world’s mightiest trees, growing to over 50 m tall, with trunk girths up to 16 m, and living for over 2,000 years. Kauri forests once covered 1.2 million ha from the Far North of Northland New Zealand to Te Kauri, near Kawhia and were common when the first people arrived around 1,000 years ago.

Maori used kauri timber for boat building, carving and building houses. The arrival of European settlers in the 1700s to 1800s saw the decimation of these magnificent forests. Sailors quickly realised the trunks of young kauri were ideal for ships’ masts and spars, and the settlers who followed felled the mature trees to yielded huge quantities of sawn kauri timber of unsurpassed quality for building. More kauri forest was cleared as demand for farmland and timber increased in the early and mid 20th century.

All the remaining kauri trees are now under New Zealand governmental and legal protection and cutting them down is strictly forbidden. The largest surviving Kauri is the ‘Tane Mahuta’ or ‘King Of The Forest’ in the Maori language. 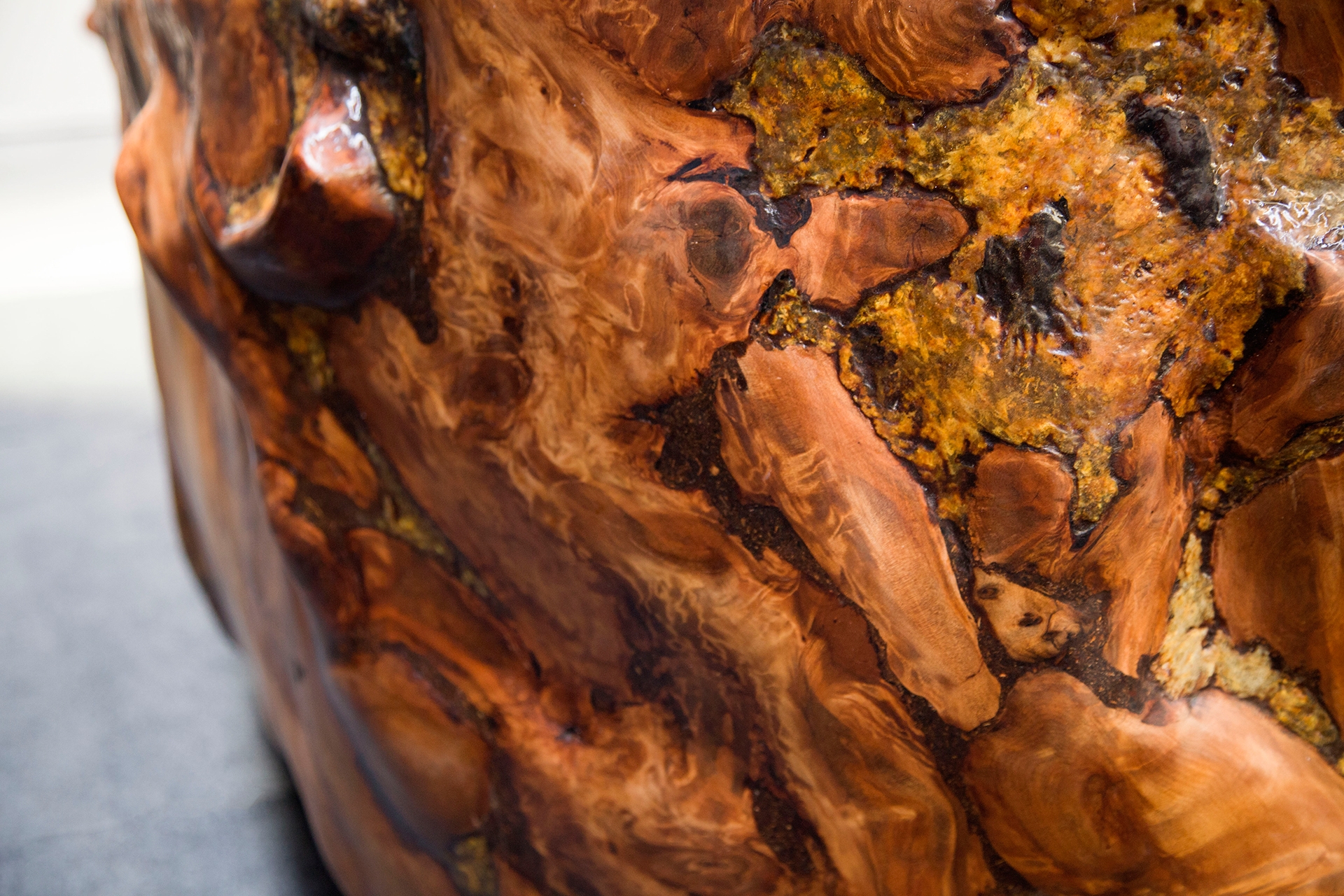 How old is Ancient Kauri? Ancient Kauri or Swamp Kauri refers to prehistoric Kauri forests, buried and preserved in peat up to 50,000 years ago in New Zealand’s North Island. Buried in peat swamps by an unexplained act of nature at the end of the last Ice Age, the kauri trees have survived the centuries underground, sealed in a chemically balanced environment that has preserved the Kauri timber in perfect condition. The Kauri trees grew for nearly 2000 years before they were buried. Some have a girth of around 40 feet, and a total height of nearly 200 feet. It is the oldest workable wood available in the world.

Buried in peat swamps by an unexplained act of nature at the end of the last Ice Age, the trees have survived the centuries underground, sealed in a chemically balanced environment that has preserved the Kauri timber in perfect condition.

Ancient Kauri wood is extremely attractive and beautiful. The grain and tones of the Kauri wood has an extraordinary shimmering iridescence. The glow of Ancient Kauri adds to its beauty and illustrates that Ancient Kauri is a special, gorgeous timber. 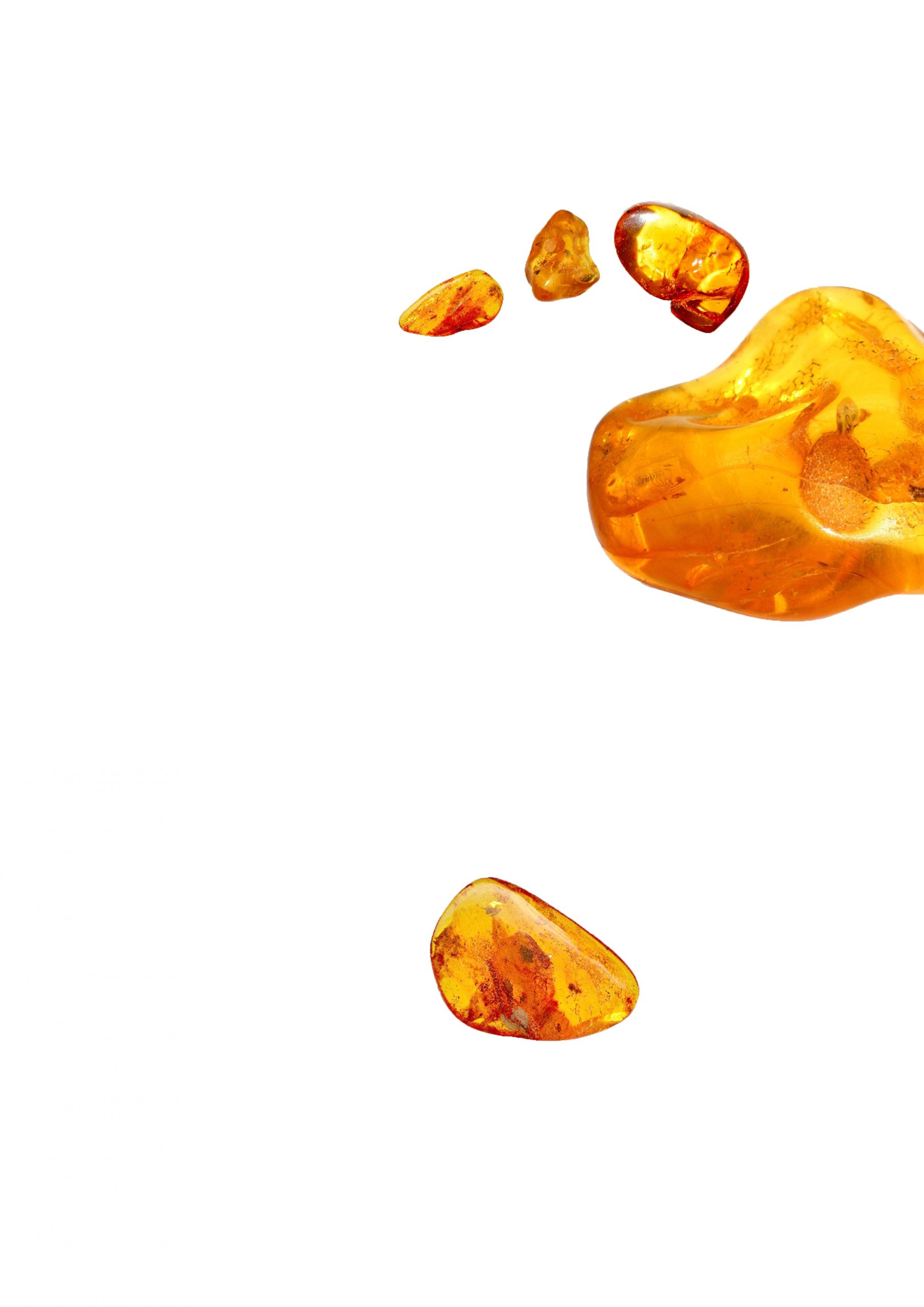 Gem of the Forest

Kauri gum is a fossilised resin extracted from Ancient Kauri, which is made into crafts such as jewellery. Kauri gum formed when resin from kauri trees leaked out through fractures or cracks in the bark, hardening with the exposure to air. Lumps commonly fell to the ground and became covered with soil and forest litter, eventually fossilising. Other lumps formed as branches forked or trees were damaged, which released the resin. Like amber, kauri gum sometimes includes insects and plant material.

Kauri gum is a type of copal. Kauri gum was found to be particularly good for this, and from the mid-1840s was exported to London and America. Tentative exports had begun a few years earlier.

The gum varied in color depending on the condition of the original tree. It also depended on where the gum had formed and how long it had been buried. Colors ranged from chalky-white, through red-brown to black; the most prized was a pale gold, as it was hard and translucent. The majority were the size of acorns, although some were found which weighed a few pounds. Kauri gum shares a few characteristics with amber, another fossilised resin found in the Northern Hemisphere, but where amber can be dated as millions of years old, carbon-dating suggests the age of most kauri gum is up to 50,000 years which is the limit of C14 radio carbon dating. 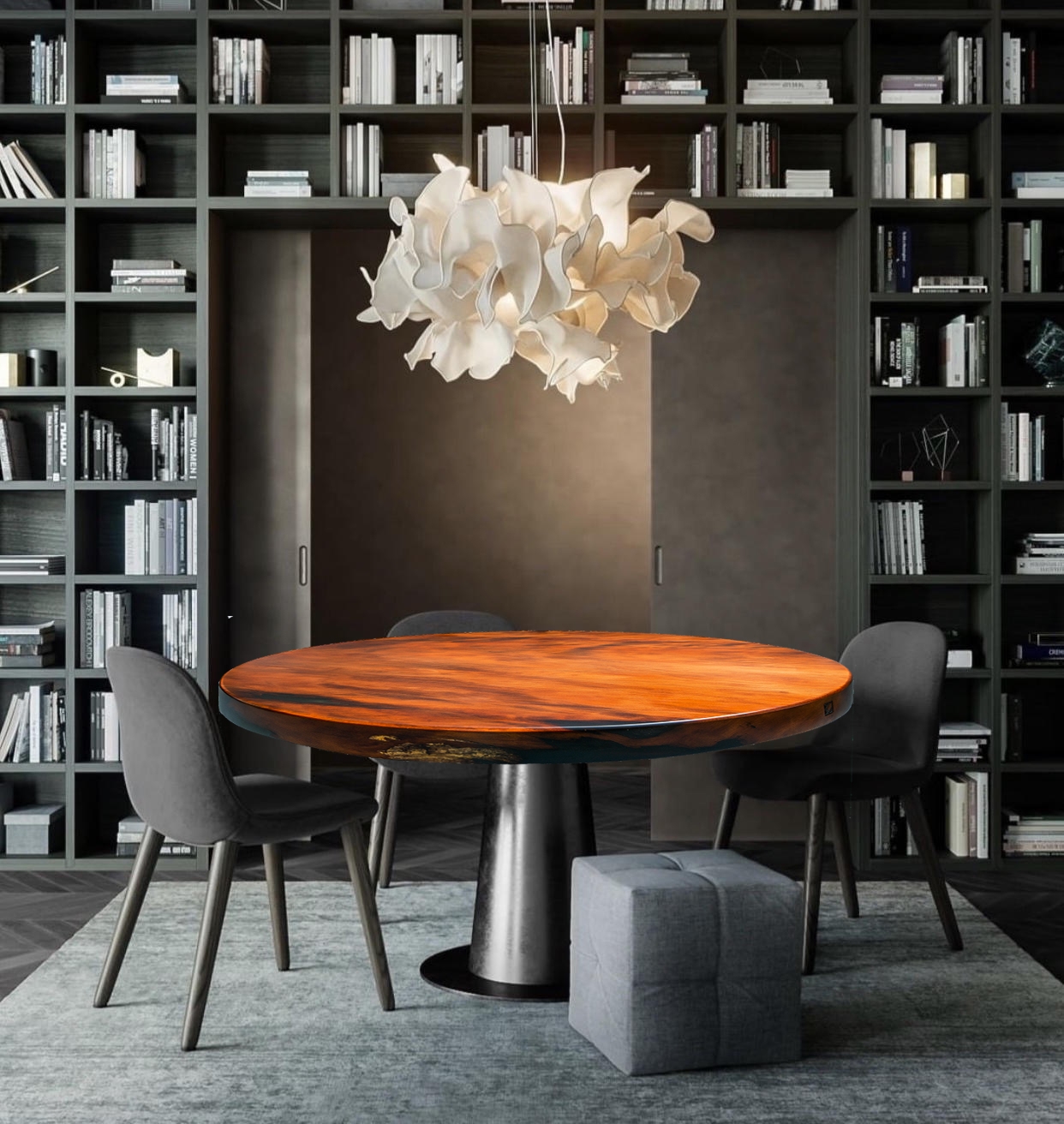 The unique beauty of Ancient Kauri has been discovered and crafted by ICEWOOD into modern luxurious furniture. The result is a unique concept of stylish, high-quality furniture designed for the discerning individual by using world leading skills and craftsmanship.

ICEWOOD uses food grade resin to preserve Ancient Kauri so it is heatproof, waterproof and scratchproof. The tables are perfectly preserved in the resin “ice” just like when they were buried in last Ice Age.

Ancient Kauri is a unique treasure. ICEWOOD’s tables are well-preserved in resin “ice”, and recreate the landscapes of our planet. The Kauri wood is the land. The active grains are snow-capped mountains. The dark grains are lush rainforests. The natural gums are the rivers flowing across the land with golden beaches. And the effortless craftsmanship is how we respect and treasure our land just as ICEWOOD preserves this gem-like table. 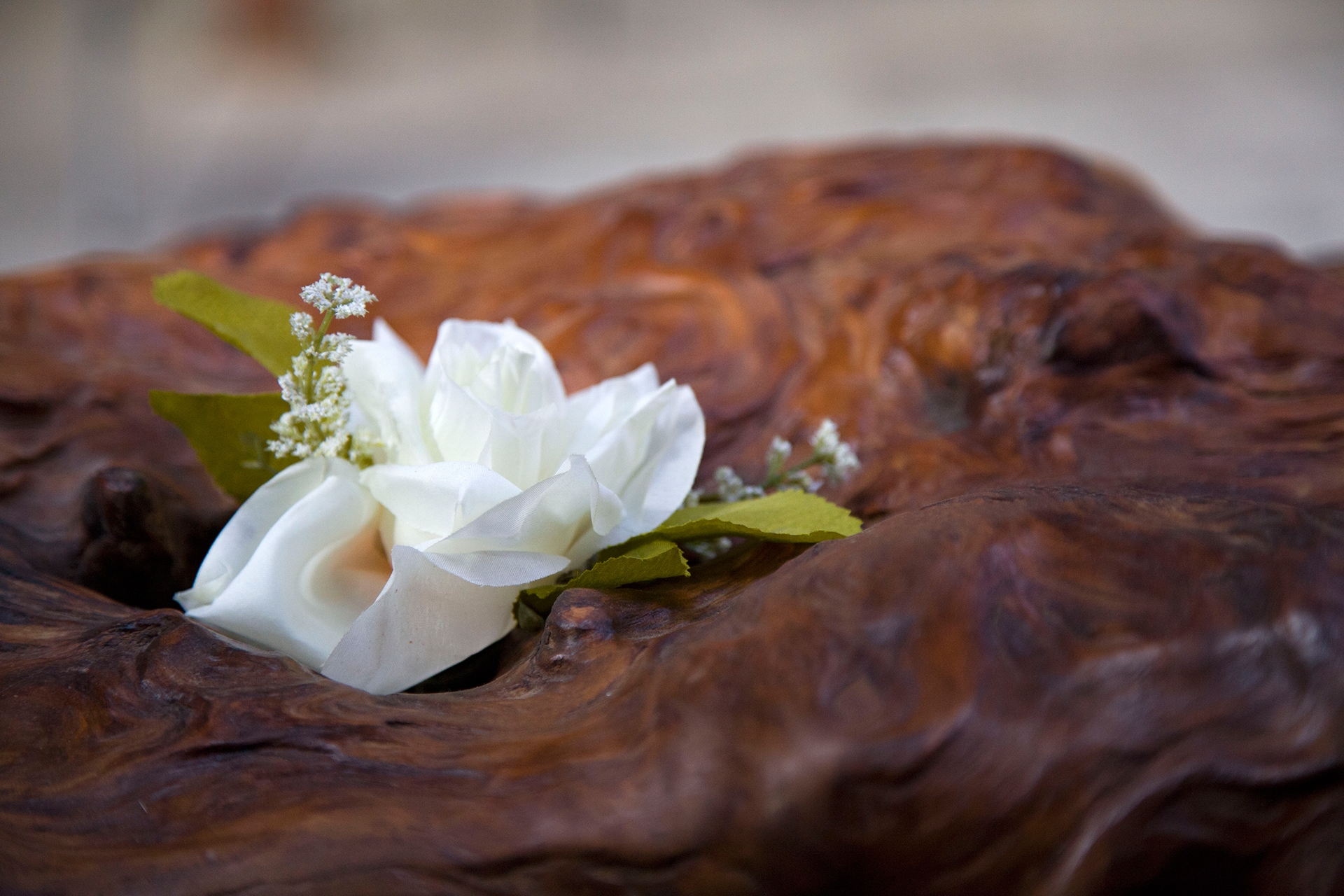 New Zealand Ancient Kauri is the most exotic wood in the world, but not a single tree was cut down to harvest it. The timber for ICEWOOD furniture is sourced legally and regulated under MPI, the New Zealand Ministry for Primary Industries. Every piece of timber we use has minimal or zero environmental impact when it is extracted. We use natural oils and wax that emphasize the luxurious and organic beauty of Ancient Kauri’s texture while enabling it to “breathe” naturally. This emphasizes the natural colour diversity.